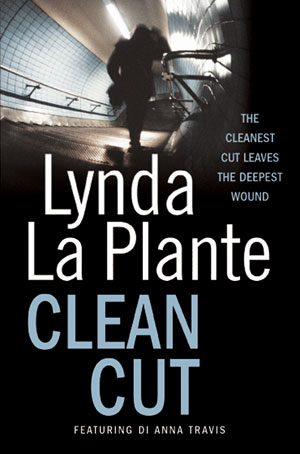 ‘A scary glimpse into a world of fear’

Dedicated, intuitive and utterly obsessive, DCI James Langton is ruthless in his pursuit of a gang of illegal immigrants, the killers of a young prostitute. When he is horrifically, almost fatally injured by one of them, it falls upon DI Anna Travis to put her own career on hold as she nurses him through his intense frustration and desperation to bring his would-be murderer to justice.

Then Anna is assigned to a different case, the brutal killing of a quiet, studious woman whose body was discovered by her daughter returning home from school. A senseless attack with no obvious motive or immediate suspect. Until, chillingly, the case becomes unexpectedly linked with Langton’s and Anna finds herself under similar threat from those who almost destroyed his career and his life.

Buy the paperback of Clean Cut

Buy the ebook of Clean Cut

Introduction Detective Inspector Anna Travis learns that her lover and mentor, Detective Chief Inspector James Langton is gravely wounded during the line of duty and rushes to his side. A fixture during his arduous and miraculous recovery, Anna provides James with the hope and assurance he needs to leave rehabilitation and come back home to her. Yet, Anna’s happiness is short-lived as one of her new cases, the senseless murder of a quiet librarian, becomes linked with Langton’s, threatening their tenuous bond and putting her in harms way. LaPlante creates a compelling and fast paced story which holds the reader captive until all dead bodies gets their due accounting. Weaving through a layered and complex investigation, LaPlante’s Anna Travis exercises due diligence and leaves no stone unturned to find justice. Questions and Topics for Discussion

Tips to Enhance Your Bookclub Create your own version of a detective incident board for the crimes that were committed in Clean Cut using all members of your book club.

Issues to discuss as you create the board: