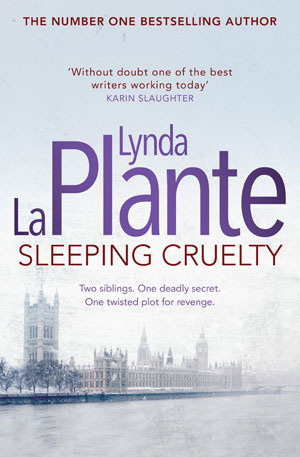 ‘Lynda La Plante at her best’

Sir William Benedict has always desired acceptance from society’s elite. Coming from a working-class background, the now very wealthy entrepreneur owns millions, alongside a small slice of paradise by way of an island in the Caribbean.

William gets what he wishes for when the fast-rising Tory MP, Andrew Maynard, enters his life. After pouring money into Maynard’s political campaign, William suddenly finds that he has the social status he has always craved.

But his joy is premature…

After a political scandal erupts, William is shunned by the socialites that he believed were his friends.
With his reputation in tatters, the entrepreneur turns to Justin Chalmers, and his sister Laura, for help.

William’s island will no longer be a tranquil paradise, but the backdrop for his revenge.

Buy the paperback of Sleeping Cruelty

Buy the ebook of Sleeping Cruelty