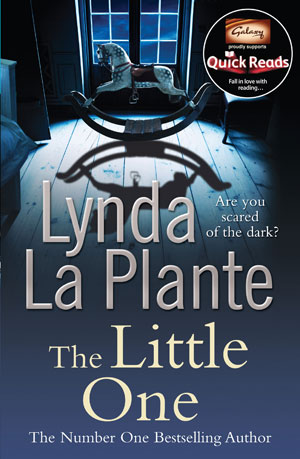 An exclusive short story for World Book Day from bestselling author Lynda La Plante. This spooky tale will make you want to sleep with the light on…

Barbara needs a story. A struggling journalist, she tricks her way into the home of former soap star Margaret Reynolds. Desperate for a scoop on the actress and her return to stardom, she finds instead a terrified woman living alone in a creepy manor house.

A piano plays in the night, footsteps run overhead, doors slam in dark corners. The nights are full of strange noises. Barbara thinks there may be a child living upstairs, unseen.

Who looks after her? And why is she kept out of sight?

Little by little, actress Margaret’s haunting story of broken promises is revealed, and Barbara is left with a chilling discovery.

Buy the paperback of The Little One

Buy the ebook of The Little One