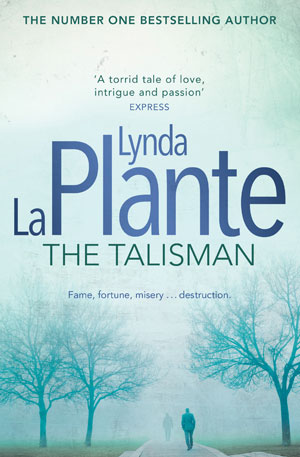 For each new generation, the talisman is the key to a fortune.

Edward – who inherits his father’s looks… and his curse. Alex, his brother – whose quest for revenge will fuel an empire built on corruption. And Evelyne and Juliana, the fourth generation – still haunted by the family’s past.

Freedom Stubbs should, as Gypsy tradition dictates, have been buried with the gold necklace that he earned in the Heavyweight Championships. Instead, the family kept it, ready to sell should they fall on hard times. But Freedom’s spirit is restless whilst his talisman is not buried with him in his grave.

From the miseries of the war years to the glamorous present, in London, America and South Africa, Lynda La Plante continues the bestselling saga that began with The Legacy. The passionate story of a family’s lives and fortunes… and the curse that forged their names…

Buy the paperback of The Talisman

Buy the ebook of The Talisman