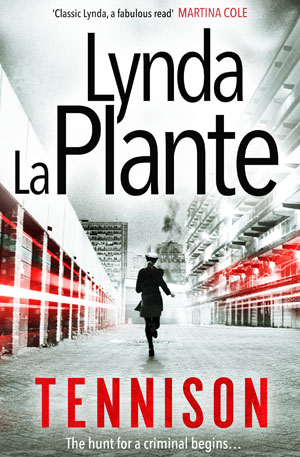 Murder. Discrimination. A city fuelled by crime and corruption…

While the notorious Kray twins are seeing out their 30-year prison sentence, a terrifying undercurrent of violent crime lies in their wake.

Fresh out of training, 22-year-old WPC Jane Tennison is thrown in at the deep end of a male-dominated, chauvinistic world. It’s a rough and tough environment. And that’s just at the station.

Jane is drawn into the dark world of murder and the devastating effects that violent crime has on a victim’s family. Investigating the tragic killing of a young woman, her emotions and commitment will be tested to the core.

In Tennison, Lynda La Plante, award-winning author and creator of the iconic television series Prime Suspect, delivers the novel that her legions of fans have been waiting for. To fully understand the iconic character Jane Tennison became, the reader must go right back to the beginning of her story.

For a limited time I’m making the first chapter of Tennison available to download free – just click the link below!

In the weeks leading up to the publication of TENNISON, I published backgrounds to the main characters in the book. I’ve collected them all here a special Tennison Character Profiles page.

Buy the ebook of Tennison

Available from Readings and Booktopia

Buy the ebook of Tennison

Buy the iBook from the Apple iBook Store