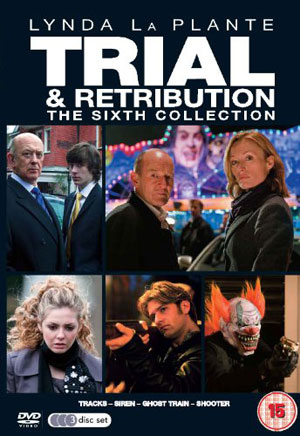 The body of a teenage girl is discovered on a sodden chalk pit on the edge of London. The tracks of three vehicles criss-cross around the crime scene, which lead Connor and Walker to local hardman Ray Harper. Ray’s son Andy and his friend Darren admit being at the pit that night, but claim they never saw the dead girl. Connor is sure that the boys hold a secret, which when revealed will only end in further tragedy.

An ambulance screams through London’s streets. Inside, a paramedic tries desperately to save a man’s life. Suddenly, the ambulance is rocked – a car swings across, a sickening crunch of metal, sparks fly. The ambulance is forced off the road, flips and rolls, finally crashing on its side. DCI Roisin Connor and DCS Mike Walker arrive to find two dead paramedics, and the man they were treating shot in the head. Everything is not as it seems, in this thrilling and intense story of greed, betrayal and murderous revenge.

When a girl is killed after falling from the top of the Big Wheel, it initially appears to be a tragic accident. However, when it emerges that the travellers’ land is at the centre of a lucrative and hostile property deal, a motive for murder becomes apparent.

The Bilkin Family, a by-word for crime, fear and intimidation. At its head, Lenny Bilkin, a spiritual descendant of the Kray Twins, a frightening and powerful man. Seemingly beyond the law, until his audacious armed robbery ends in the callous and brutal murder of the bank manager.