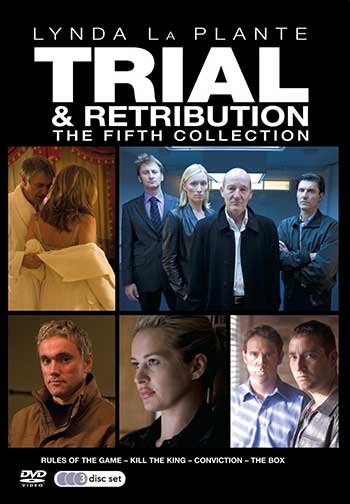 Heathrow Airport, a steaming hot summer’s day, a suitcase abandoned in the middle of the long stay car park. But it’s not the usual sort of suspect package – inside is the naked body of a dead girl. The case is traced back to Vitali Malikov, a Ukrainian millionaire businessman of power and influence. DCI Roisin Connor’s investigation exposes a world of high-class prostitution, involving girls from Eastern Europe and the wealthy men that use them.

When friend of DCS Mike Walker, paediatric surgeon Professor Jonathan Carlisle, is found dead, DCI Roisin Connor uncovers conflicts stirred by a recent operation that resulted in the death of a young girl. Gradually, their enquiry focuses on the three with motive: Gary Webster, the father of the dead child, hungry for justice, and who has never believed the hospital’s account of events, Carlisle’s anaesthetist Neelah Sajhani who until recently he had been having a passionate affair with; and the junior surgeon Dr. Adrian Lawson, implicated by Carlisle at the hospital enquiry.

On an East London estate, Terry Dyer, recently released from prison, returns to uncover the truth behind a murder that he still claims he didn’t commit. The buried secrets of terrible and murderous events are unearthed as DCI Roisin Connor heads up the team in this explosive tale of injustice, revenge and how the best intentions can go tragically wrong.

When DCS Walker becomes involved in the case of a missing woman from Glasgow, he returns home to delve into the life of her then husband Kevin Reid, and the dark bond between him and his brother. After a body discovered entombed in a box proves to be the missing woman, and knowing that Kevin’s second wife has also been reported missing, the police are convinced that the brothers must be involved. Can Walker uncover the brothers’ macabre tryst before they take it to the grave?